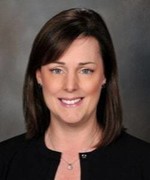 Since November 2019, Margaret Whelan has served as a director of PTAC and is chair of its audit committee. Since November 2014, Ms. Whelan has served as the Founder and Chief Executive Officer of Whelan Advisory LLC, a boutique investment banking firm focused on the residential real estate industry. In this role, she provides strategic and financial counsel to leaders of both public and private real estate companies in the U.S. and globally. From September 2013 to November 2014, she served as Chief Financial Officer of Tricon Capital Group Inc., a private equity firm specializing in residential real estate. Previously, she served in positions with JP Morgan Chase (2007 to 2013), UBS Financial Services Inc. (1997 to 2007) and Merrill Lynch & Co. (1995-1997). Between June 2015 and May 2019, Ms. Whelan served on the board of directors of Top Build Corp. (NYSE: BLD), as an independent director and member of the audit, compensation and nominating and governance committees. From 2017 – 2020 she served on the board of Mattamy Homes, North America’s largest privately owned homebuilder. She also serves on the advisory boards of John Burns Real Estate Consulting and the Housing Innovation Alliance. Ms. Whelan holds a Bachelor of Commerce in Finance degree from the University College Dublin (Ireland). 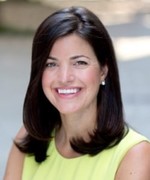 Since November 2019, Courtney Robinson has served as a director of PTAC. Since October 2014, Ms. Robinson has served as a Founding Partner of Advance Venture Partners LLC, a growth stage venture capital firm, and is responsible for the firm’s consumer investment practice. Ms. Robinson led the firm’s investments in Bellhops, a technology-enabled moving service; Brandable, a portfolio of CPG brands; Curology, a personalized skincare provider; Modsy, an interior design marketplace; Rent the Runway, a subscription clothing business; and Sawyer, an education marketplace. Between December 2011 and October 2014, Ms. Robinson was a Founding Principal at American Express Ventures, the investment arm of American Express (NYSE: AXP), and before that, served as Director of Business Development at Plum District, a local commerce marketplace, between February 2011 and December 2011. She began her career as a technology-focused investment banker at GCA Savvian Advisors LLC in 2006. Ms. Robinson holds a B.A. from Columbia University. 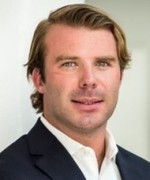 Since November 2019, Jack Leeney has served as a director of PTAC. Since September 2016, Mr. Leeney has served as a Founding Partner of 7 Global Capital, a growth stage venture capital firm, and is responsible for running the funds’ operations. Mr. Leeney led the firm’s investments in Cheddar, a digital-first new media company (sold to Altice USA, May 2019), Capsule Corp., an online pharmacy, and hims & hers, a health and wellness e-commerce brand, Jyve, a skilled economy job marketplace for the consumer packaged goods industry, Roofstock, a real estate technology business, The Mom Project, a digital talent marketplace and Reliance Jio, a telecommunications company. He currently serves on the board of directors of The Mom Project. Between April 2011 and December 2016, Mr. Leeney served on the boards of directors of Quantenna Communications, Inc. (NASDAQ: QTNA), DoAt Media Ltd. (Private), CinePapaya (acquired by Comcast), Joyent (acquired by Samsung), BOKU, Inc. (AIM: BOKU), Eventful (acquired by CBS) and Blueliv (Private). Previously, Mr. Leeney served as the Head of U.S. Investing for Telefonica Ventures between June 2012 and September 2016, the investment arm of Telefonica (NYSE: TEF), served as an investor at Hercules Capital (NYSE: HTGC) between May 2011 and June 2012 and began his career as a technology-focused investment banker at Morgan Stanley in 2007. Mr. Leeney holds a B.S. from Syracuse University. 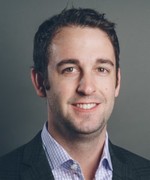 In January 2017, Adam Blake co-founded Zego Inc., a digital amenity and resident engagement platform for apartments, for which he served as the Chief Executive Officer until April 2019, when it was acquired by PayLease, a portfolio company of Vista Equity Partners. In October 2010, Mr. Blake founded Brightergy, an energy service and software company, for which he served as Chief Executive Officer from until July 2016. Previously, Mr. Blake was a real estate investor and developer specializing in multi-family apartments and other types of real estate investments. Mr. Blake holds a B.B.A degree from Texas Christian University. 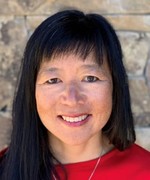 Gloria Fu brings over 20 years of investment management expertise, most recently at JPMorgan Asset Management, Inc., where she served as a Managing Director and portfolio manager from February 2004 to April 2019. Ms. Fu’s broad base of expertise includes strategy, financial analysis, and shareholder-related issues. Ms. Fu is a subject matter expert in corporate governance issues. Ms. Fu was a founding member of JPMorgan Asset Management’s Proxy Committee for which she provided leadership and guidance on a broad range of topics including proxy contests, Say on Pay, and ESG. From March 2002 to February 2004, Ms. Fu was a Vice President at JPMorgan Securities and a sell-side equity research analyst focused on the gaming and lodging industries. Ms. Fu currently serves on the board of directors and member of the audit and development committees for Visions, a New York based non-profit sponsoring programs for the blind. Ms. Fu is also an advisory board member to MREN, a cloud-based real estate company. Ms. Fu is a Chartered Financial Analyst and holds a Bachelor of Sciences in Hotel Administration and Master’s in Hospitality Administration from Cornell University.