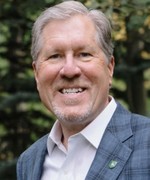 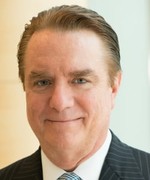 Since July 2020, Dr. Arnold has served as Strategic Advisor to ADIA. From October 2009 to July 2020, Dr. Arnold has guided the real estate activities of ADIA, initially as Head of Americas, then Deputy Global Head, and subsequently as Global Head. During his role at ADIA, Dr. Arnold also served as Chief Investment Officer for Real Estate and Investment Strategy Chair. Prior to his role at ADIA, Dr. Arnold was a partner and Managing Director at Cerberus Real Estate Capital Management LLC, from 2004 to 2009, a Managing Director at ING Financial Services from 1999 to 2004, a Director of Credit Suisse from 1994 to 1999, and a Vice President of Salomon Brothers (now Citigroup) from 1990 to 1994. Dr. Arnold is a licensed attorney, a member of the Royal Institution of Chartered Surveyors, a Chartered Financial Analyst (CFA), and a Chartered Alternative Investment Analyst (CAIA). Dr. Arnold is a former Chairman of the Pension Real Estate Association (PREA), a former Chairman of the Association of Foreign Investors in Real Estate (AFIRE), a former Director of the Real Estate Roundtable, and is currently a Global Governing Trustee and Treasurer of the Urban Land Institute (ULI). Dr. Arnold holds a Doctor of Business Administration, a Juris Doctorate, and a Bachelor of Science degree in Economics from the University of Florida. He also holds a Master of Business Administration from the Tuck School of Business at Dartmouth College and a Master of Law (Taxation) from New York University.